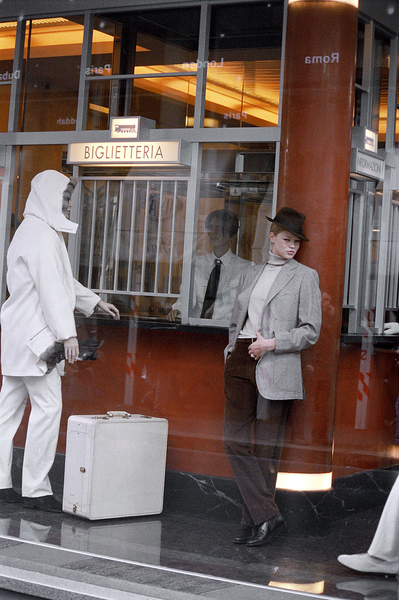 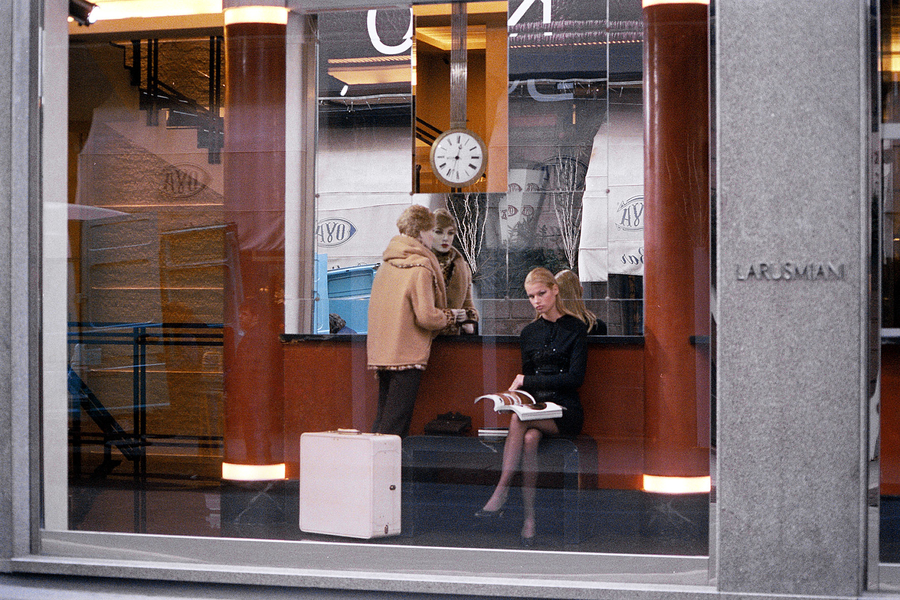 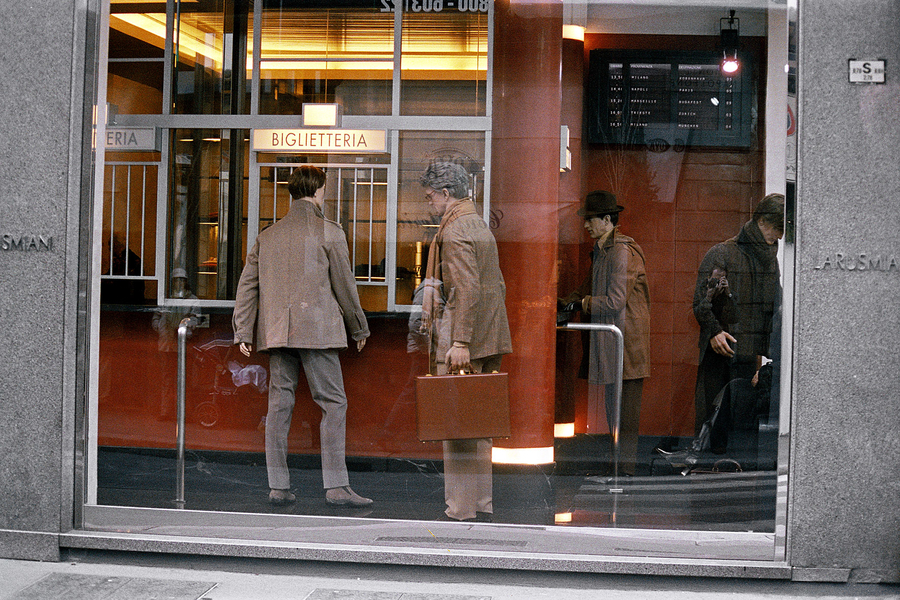 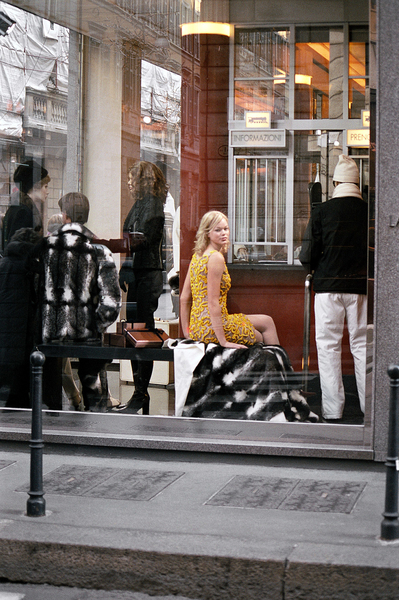 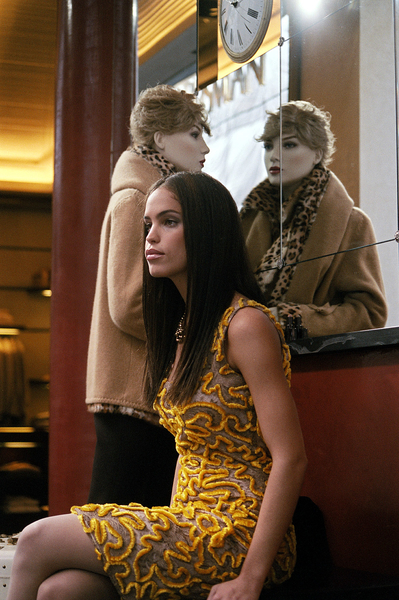 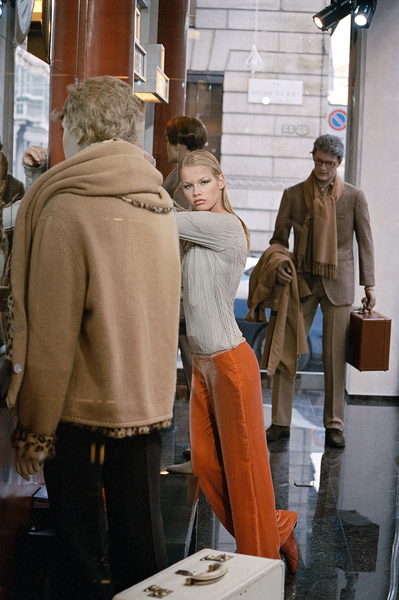 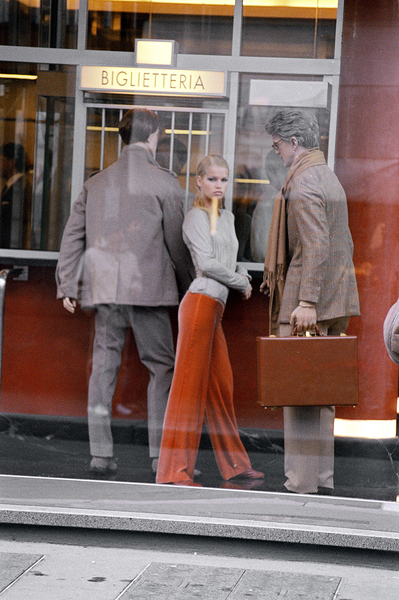 For Christmas 2005, a very scenographic, constructed representation has returned: the scene represents a station atrium whose inspiration refers to the America of the 30s-40s; a place of transit for the departures of the upcoming holidays.

In a set of stuccos, marbles, crystals, the ticket office is reinvented as a place where the architectural construction and decoration suggests a condition of ease, opulence and elegance.
For the first time, even the lift becomes an element of the scene: with a happy intuition, its crystals act as “windows” for the ticket office which is described in detail on the doors, grates, handrails, luminous writings. Two mannequins, inside the elevator, “act” as ticket makers.

On a wall, the arrivals and departures panel marks times and destinations.

Two benches are places for resting and waiting.

A large checkered mirror embellishes the environment, and becomes the stage of a short hesitation to retouch one’s makeup, to straighten one’s hair. An ancient pendulum clock, hung in a cross-section of the mirror, measures time.

The presence of a living model, according to a module already adopted on some previous occasions, returns to establish a relationship between truth and fiction, between reality and artifice.