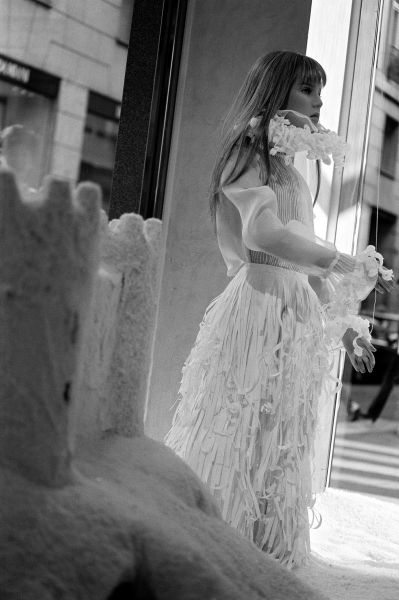 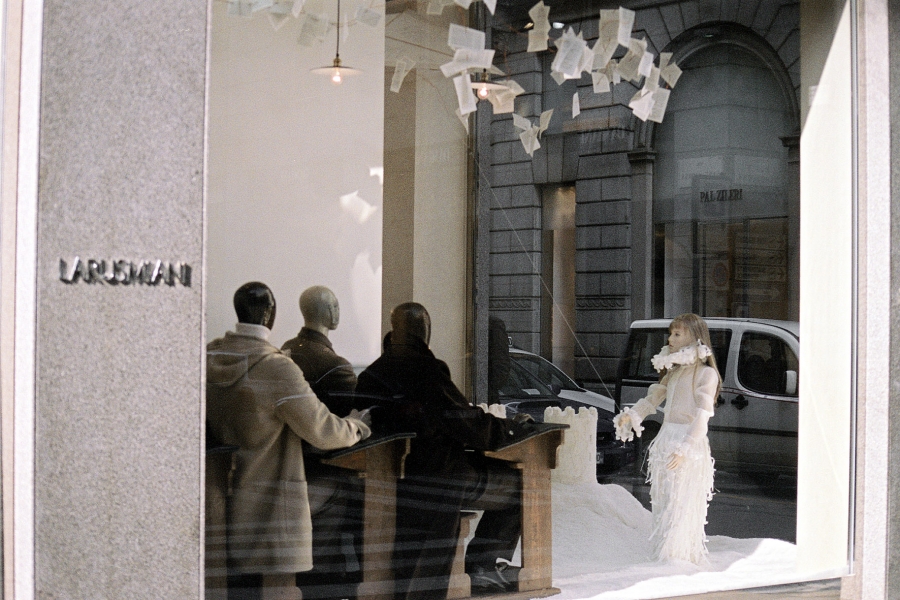 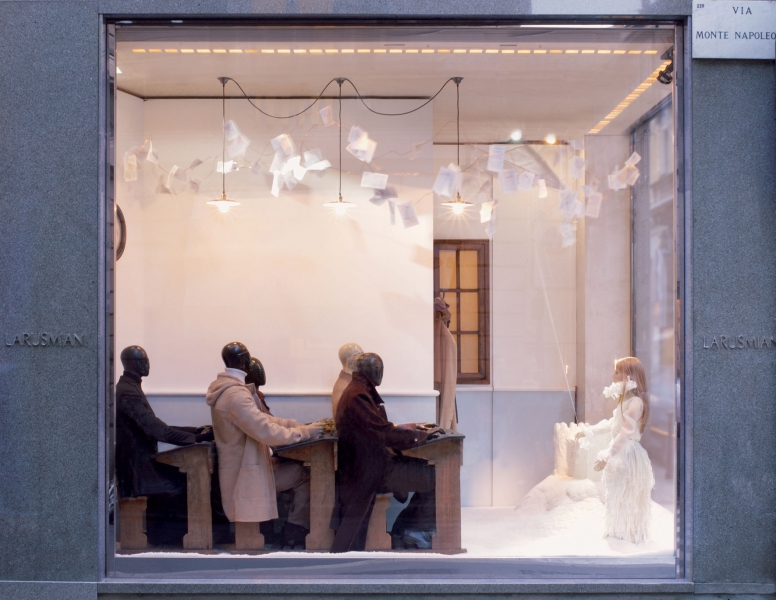 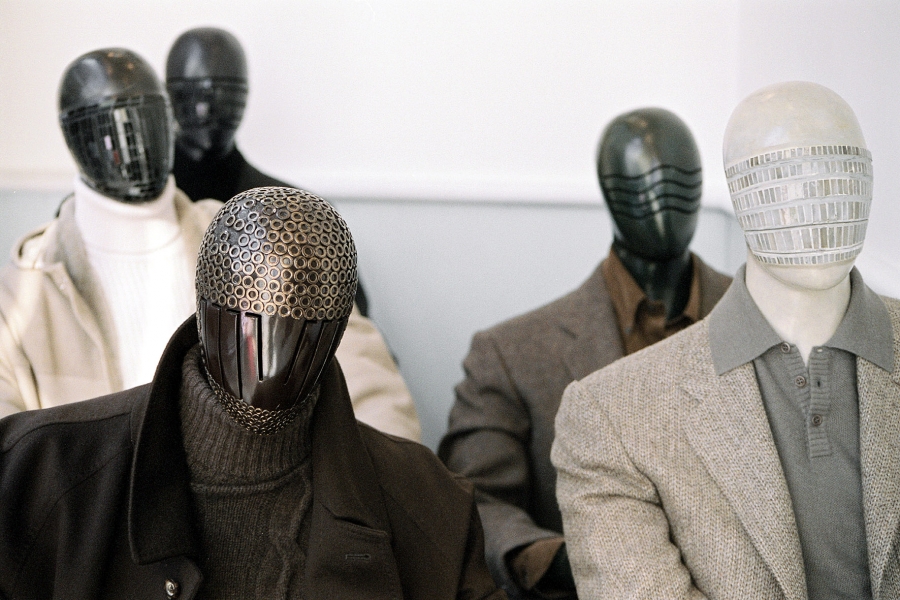 For the occasion of the resumption of the school year, a stylization of a classroom with the classic desks, students, teacher is erected on a carpet of salt.

Suspended lights hang from the ceiling, a wind enters the window that disrupts pages and thoughts. A clock on the wall measures time backwards, with hands that run counterclockwise.
Instead of children, adults returned to school for a new, different learning sit on the desks. They have unrealistic, but stylized and abstract heads, for a new identity, yet to be formed. In the role of teacher, in this futuristic pedagogy, a girl who has just built her sand / salt castle and is holding the thread of a kite by the hand.

In this game of inverted roles, where children teach adults, the sign is that of fantasy and innocence.
Suspended in the air, some pages of books draw a sinuous path in space, which moves from the little girl’s folder and lands at the top of the kite, on whose wings, in rice paper, a childish handwriting has composed thoughts.

The idea is that of an alternative, non-bookish knowledge that reverses its transmission between generations, originates from the purity and amazement of childhood to be destined for a new maturity.
Moreover, many elements are of an explicitly symbolic character: the salt of knowledge that covers the floor, that crazy clock that runs backwards, the words that twirl in the air before hovering in the kite, the construction of the castle as a typical game childhood.

A distant inspiration, but completely revisited and purified of its dramatic elements, can be caught, for those who saw it in the eighties, in the legendary show “The dead class” by the Polish artist Tadeus Kantor.

As an epigraph or caption, an enigmatic, poetic aphorism by Fernando Pessoa stands out directly on the glass of the shop window:

“The earth is made of sky
Lying has no nest.
Nobody ever got lost.
Everything is truth and away ”.