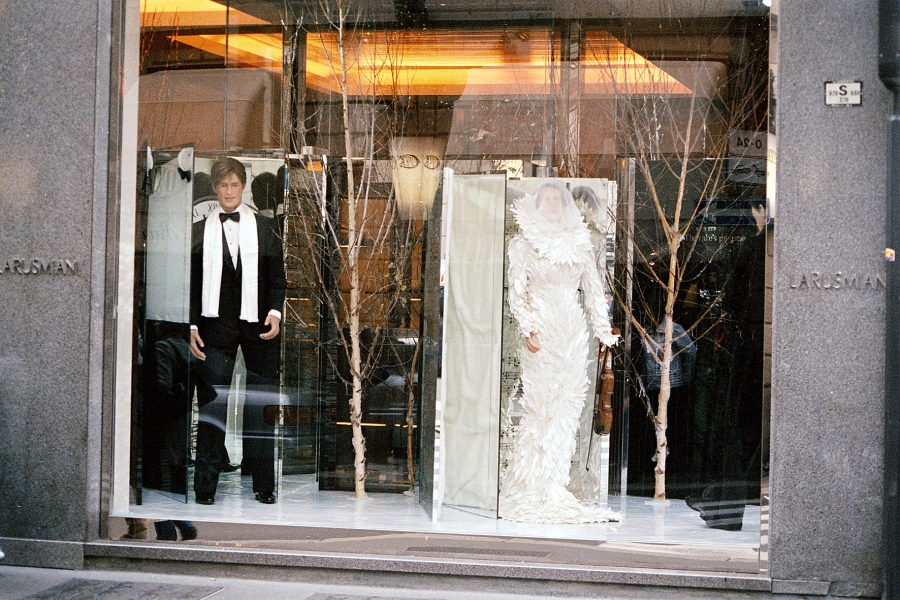 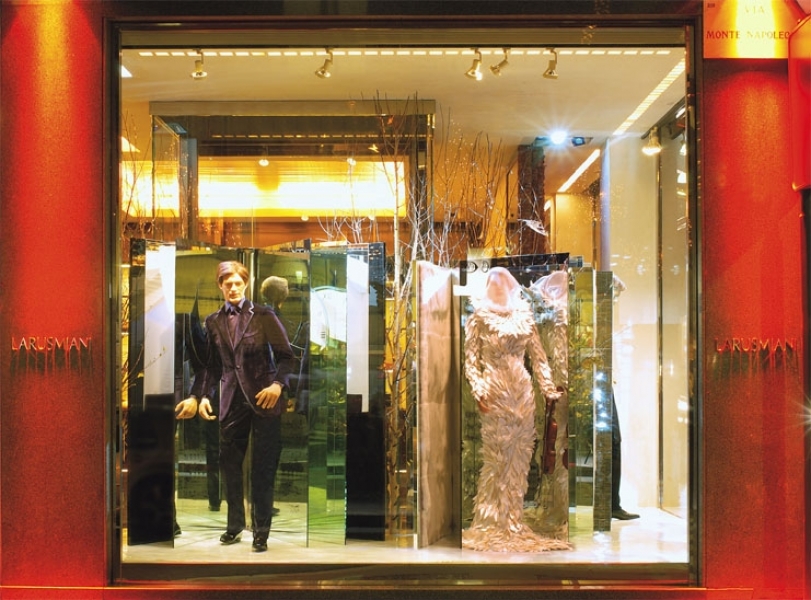 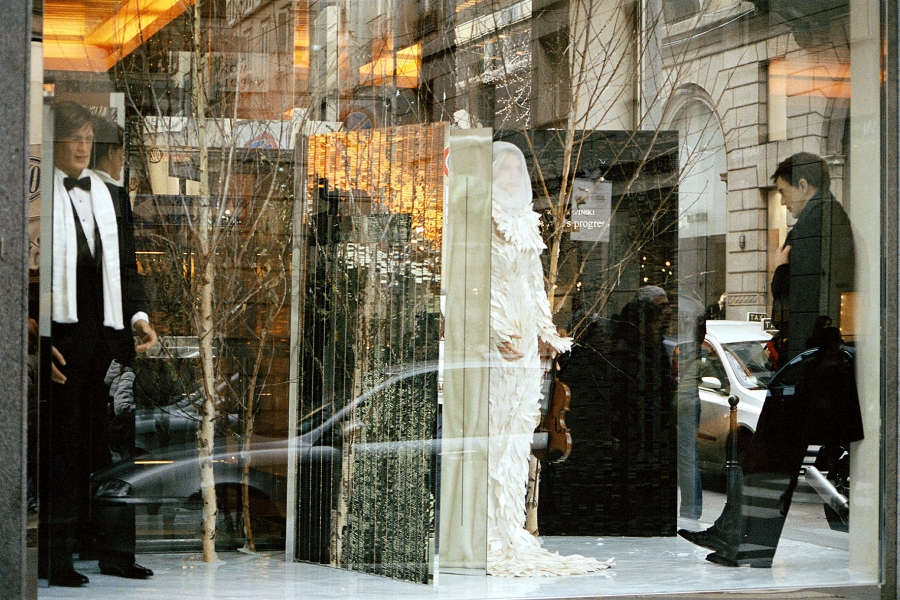 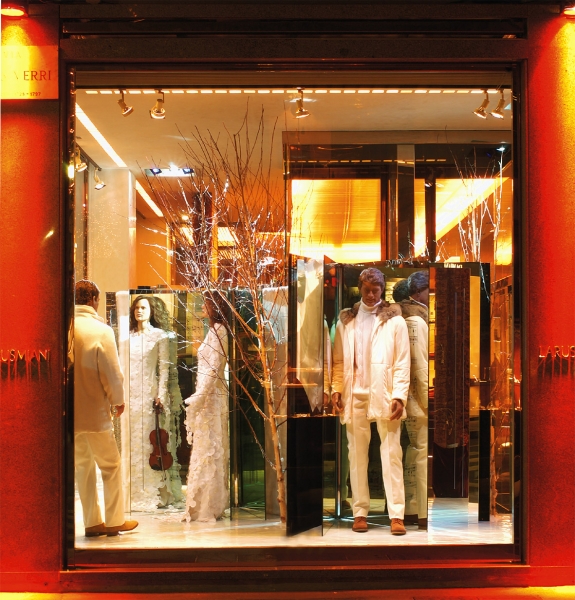 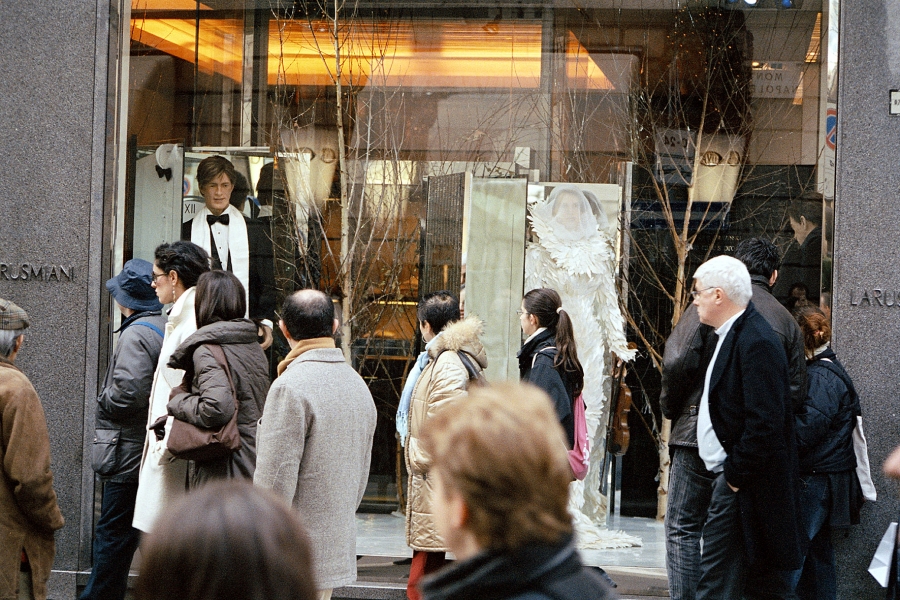 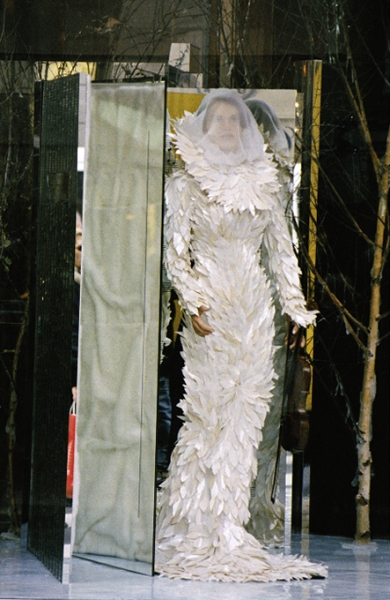 In a Nordic environment, which deliberately accentuates the characteristics of our winter, an expanse of ice, with its slight depressions, its cracks, its translucencies, houses three large books, whose covers chiseled in a mosaic of mirrors (clear for the female character, black for male) reflect the frost and abstraction of the landscape. On the edge of the scene, some frozen birch trunks and branches allude to a grove stuck in the ice.
It is perhaps the shore of a lake, or the surface of its waters, the meeting place of our characters. In part real, in part imaginary, the books that gave them life inhabit, they are their personification, and in the opening of the pages they peep out from the world of fantasy and creativity.

From the most abstract and mysterious world, that of music, Ottavio, the young love messenger of the “Knight of the Rose” that Hugo von Hofmannsthal created for Richard Strauss to give life with his notes, materializes, revisited in a contemporary key. ; Tom, the reckless protagonist of the book “Career of a libertine” by W.H Auden- Ch. Kallman, masterfully set to music by Igor Strawinsky; and finally the most enigmatic of the characters, The Empress of the “woman without shadow” with whom Hugo von Hofmannsthal and Richard Strauss deliver to the musical tradition the fable of a journey of knowledge that is a search for oneself and a desire for motherhood.

In this latter representation, the theme of the shadow and its research is reinvented in a dress of pure, impalpable fantasy, in the ambiguity of the veiled face, in the presence of a “recreated” violin with its golden strings.

Everything in the installation is a game of identity and reflections: from the surface of the lake, to the covers of the books, up to their pages, which alternate the refracting of the score on the sheet of mirror with the fine chisel.

To perfect a game of references between culture and fashion, the whiteness of a tuxedo and a tight one stands out in the male cover-pages, while in the female one a white mink returns to evoke the woods and the splendor of a precious protection from rigors of the cold.

Beyond the rigidly winter “landscape”, also the frozen use of the materials that compose it, that crescent moon set in the mirror, the calendar that gradually discovers its days, the hemispheres of the clock dials, which measure the time, everything alludes to the approach of a familiar and inevitable deadline: Christmas. But here revisited in an “aristocratic” meaning, which is intentionally inspired by purity of lines and formal rigor.

The idea of ​​the installation, with reference to the world of opera, is also an indirect reference and homage to an extraordinary event that is Milanese and international at the same time: the reopening of the renovated Teatro alla Scala