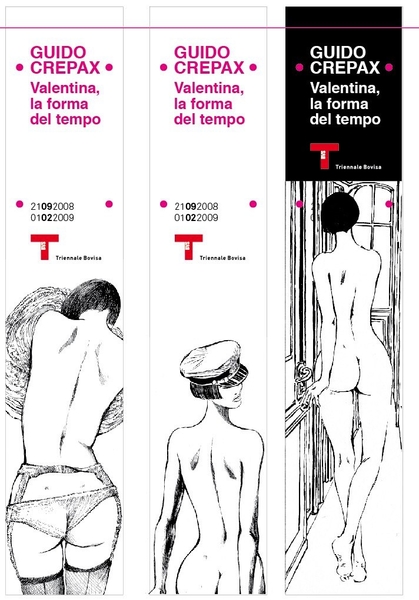 In the autumn of 2008 I was a cook and co-author of the exhibition project for the exhibition that the Triennale di Milano dedicated to Guido Crepax. The exhibition, which opened on September 21, closed on February 1, 2009 with a turnout of visitors and media feedback that certified its success. The exhibition catalog testifies to the amount of work produced and the special care dedicated to the preparation.

The client had requested a rich and articulated project that retraced the entire production of Crepax, which was not only the author of Valentina, but of numerous other figures who populated the collective imagination of comic readers. But his activity as a draftsman was also practiced in advertising, on record covers, in illustration. In addition, Crepax was also the creator of games.

The exhibition took on the task of illustrating the author’s entire creative path, by setting, areas and moments of his activity, with sounds, images, blow-ups, testimonies, in short, resorting to a wide range of communicative tools that accompanied the original drawings and the at the same time they recreated his world.