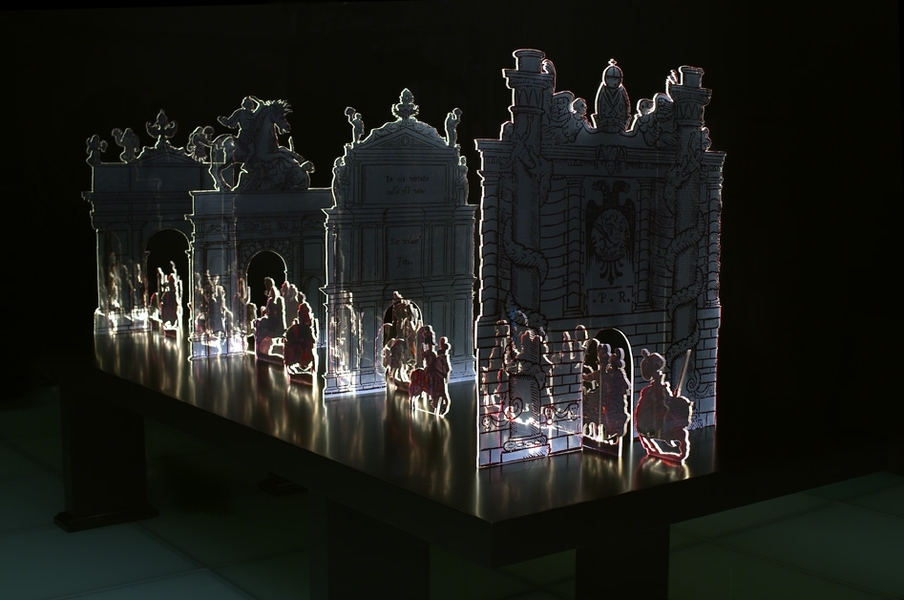 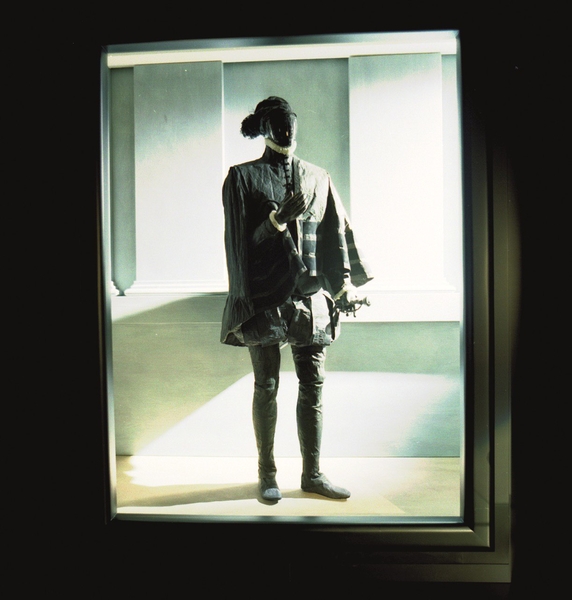 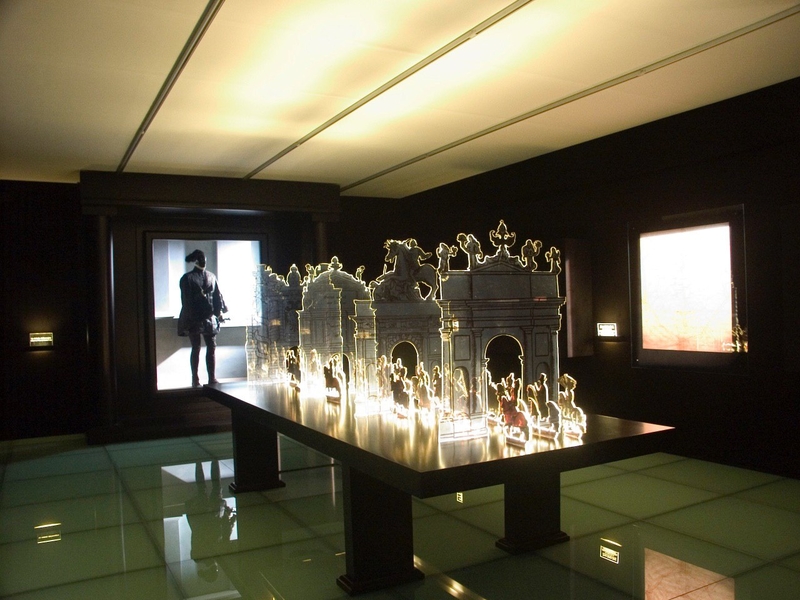 A contamination of the famous “incipit” of Ariosto’s poem “Orlando furioso” (“Women, the horsemen, the arms, the loves …”), serves as an epigrammatic title of this exhibition. The first edition of the work is in fact coeval with Moroni’s painting.

Instead of a pedantic reinterpretation of historical time and the famous portraiture of the Lombard artist, a freer reinvention on the theme of black was preferred, combining philological adherence and scenographic system together, to compose a game of allusions and references as a whole between the individual figures.

Already in “The matter of the image”, a sixteenth-century-inspired frame emptied of the canvas appears as a stage, a designated place, for a realistic, scenographed “background”, which reconstructs the environment in which the Knight is portrayed in the painting in a third dimension. The articulated mannequin that reproduces the character wears a perfectly identical dress, down to the details, from the headdress to the ruff, to that of the portrait; but, to avoid any historiographic falsification in the warp and in the weaving, it is made of paper.

The installation that stands out in the center of the room is inspired by the theme of the theater of shadows: here the imaginary triumphal entrance of Prince Philip of Habsburg to Milan, along the path of his father CarloV, with the procession of his knights, assembles in miniaturized form historical iconographic truth and theatrical play.

The mourning horse, besides referring to a further meaning of black in one of its primary symbols, gives faithful body to a philologically ascertained image, such as the one shown in the famous Tailor’s Book, whose anastatic copy is exhibited for a free consultation.

Some fabrics of absolute value dating back to a period between the late fifteenth and early seventeenth century exemplify the expertise and taste of the manufacture of the time, as well as the splendor of which the lords of the time boasted. They were deliberately placed in slotted boxes that force the visitor to make a minute and, so to speak, secret observation.