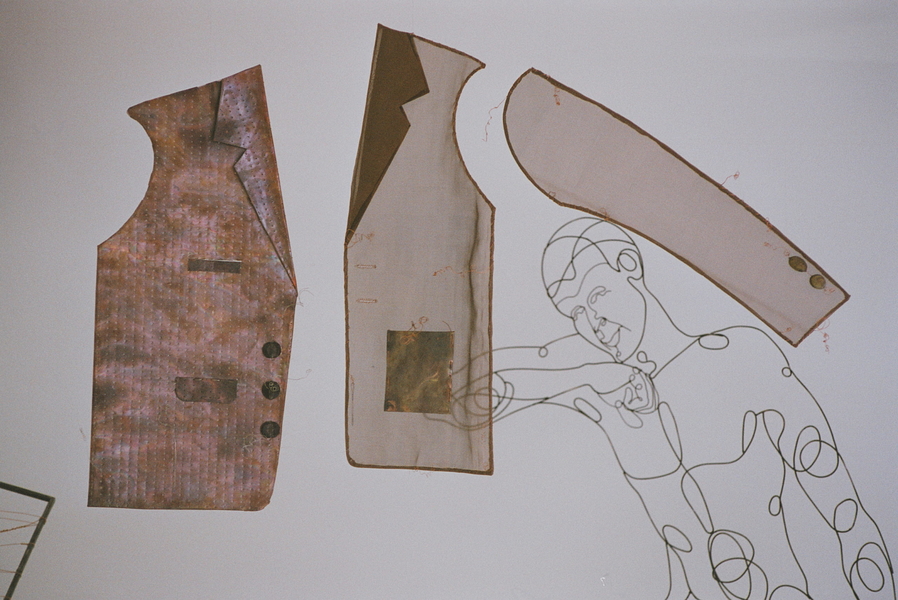 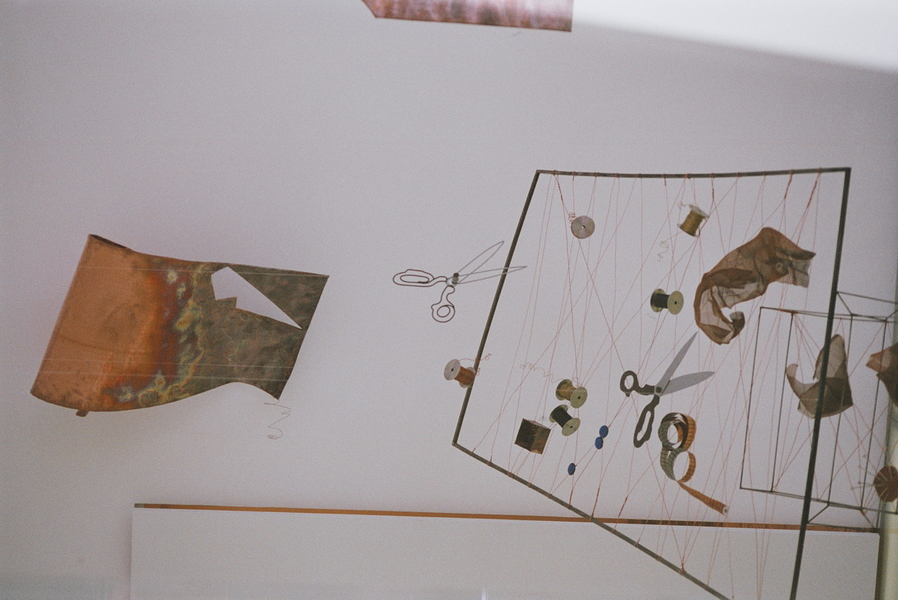 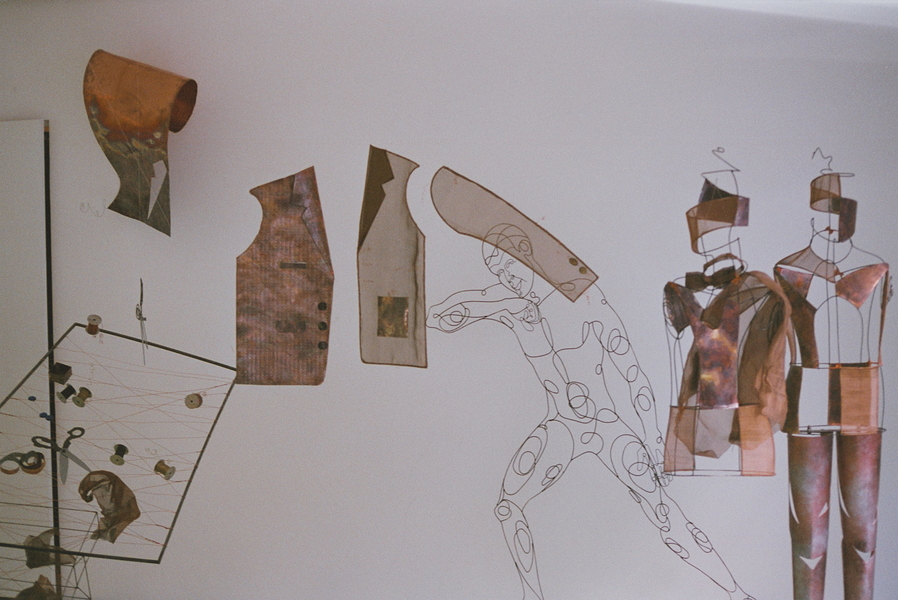 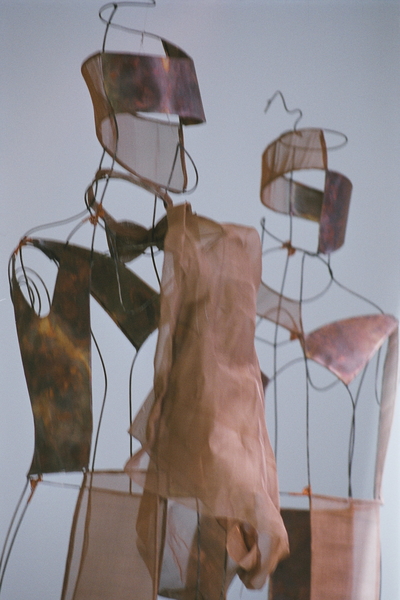 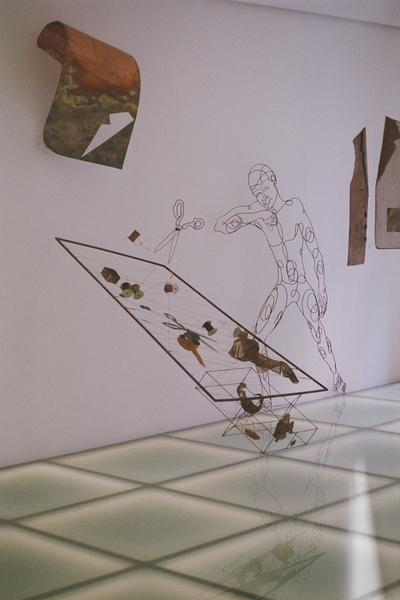 In the space-gallery adjacent to the flagship store an exhibition was organized on the tailor-made theme “made to measure”.

Instead of a pedantic and detailed description, an allusive installation has been developed that builds the shapes in the materials of iron, copper, brass, treated, after an appropriate flaming and acid bath, in the wire versions , mesh, sheet metal, net. The effect is that of a dominant autumn coloring. The same procedure was followed not only for the structure of the mannequins, but also for their coating, as for a tailoring “trial”. To give rise to real sculptures, whose characteristic is that of lightness.

To emphasize its lightness, all parts of the composition are suspended, floating in the void.

A tailoring table is suggested in its perimeter contours, with a bias shape, equipped with the traditional drawer and work tools: scissors, needles, measuring tape, spool of thread.