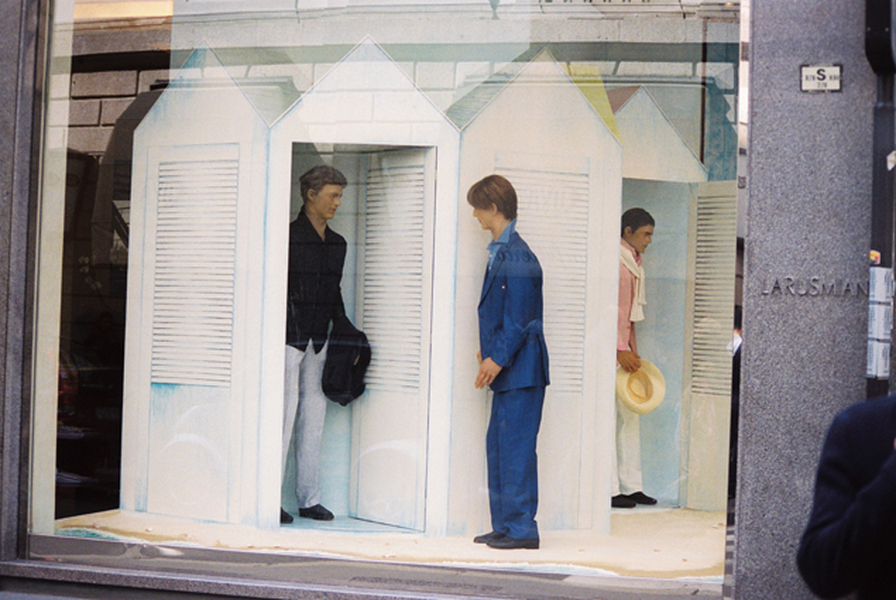 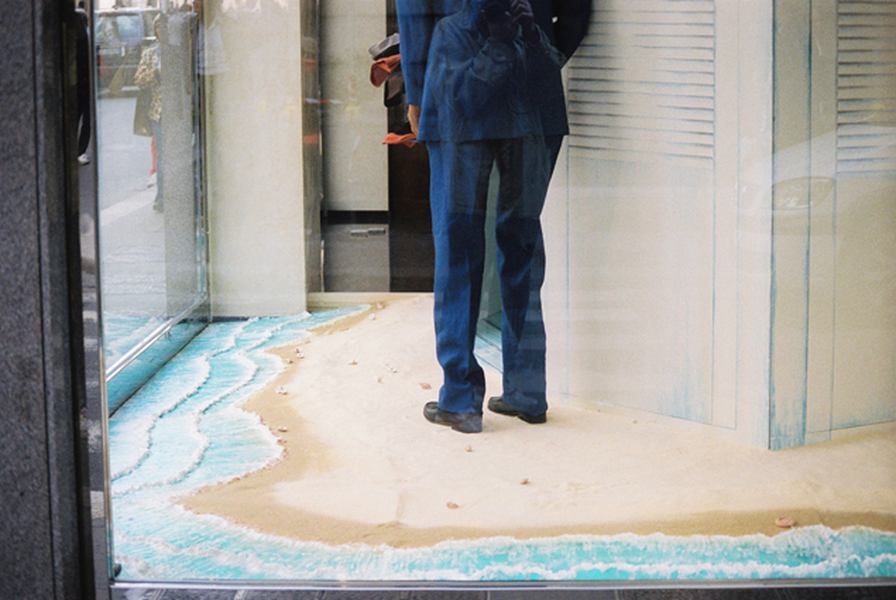 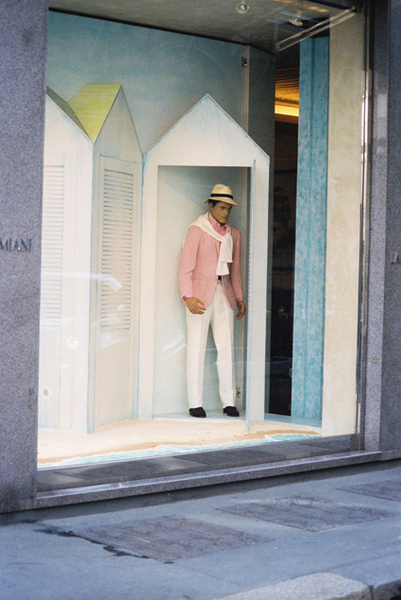 A beach of poetry that has the characters of play and reinvention.

Instead of building authentic booths, it is preferred to stylize them by drawing their charcoal grids and lines, coloring them with an evanescence of blue with the roofs in pastel shades. A couple of them are practicable and from there two tourists appear at the beginning of the season, when the weather is still mild and spring, before the summer explodes.

The beach is a pastry invention: brown sugar sand, sea of ​​natural fruit jelly and icing. But everything in the details is recognizable: some shells of almond paste that the sea has dragged over the beach, the shore of a darker sugar that mimics the humidity, the small crests of vanilla foam where the wave breaks on the shoreline .

It is a game, a game of childhood and gluttony, which the title in the liquid sweetness of the French language takes charge of denouncing.