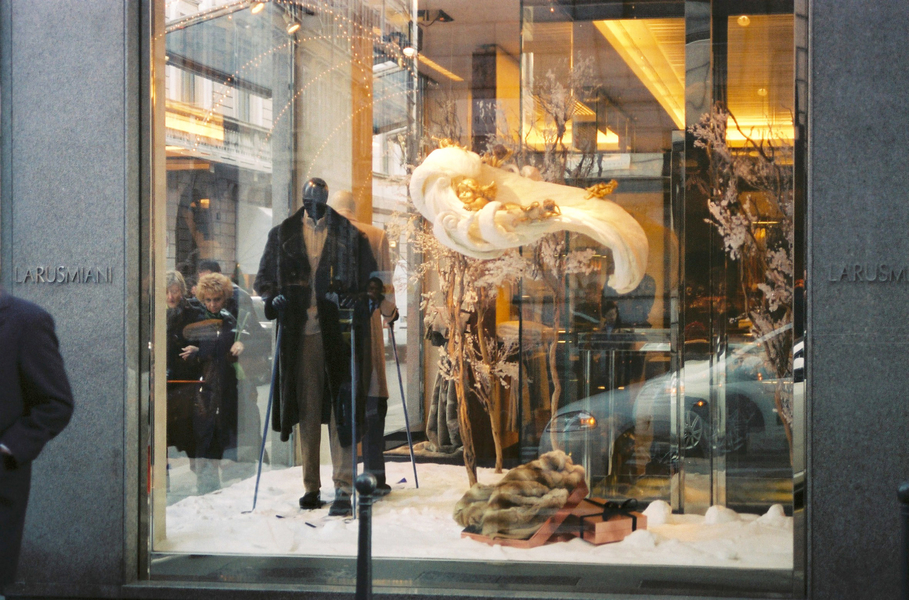 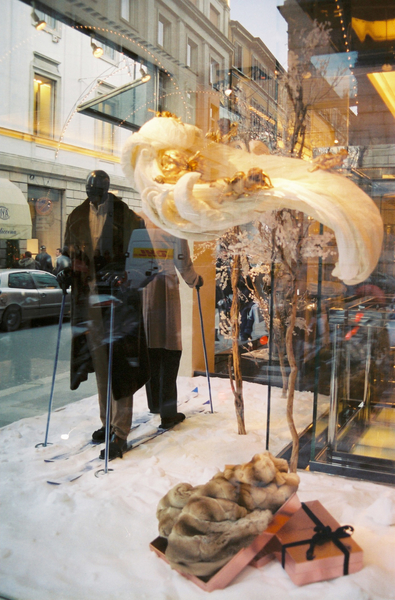 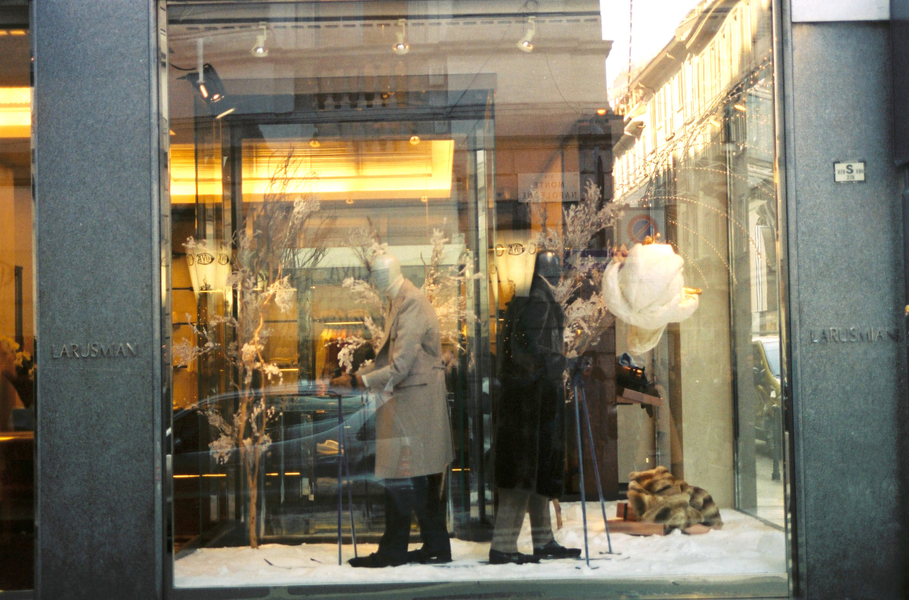 For Christmas 2006, inspired by the cult film show “False movement”, the ambition was to allude to an ambiguous existential condition which, instead of offering real freedom, blocks options in a strenuous permanent immobility. The multiplication of illusory escape lines translates into a stall that relentlessly repeats an unnecessary and directionless effort.

Two skiers, on the same pair of skis, move in opposite directions with the result of preventing any progression, any movement, and thereby alluding to a forced repetition of their useless efforts, to a condemnation of which they ignore origins and reasons.

But the blanket of snow of absolute verisimilitude on which they try to slip, the cloud of paper that descends in midair carrying its angels and angels, as on a magical flying carpet, deceptively reconciles the scene with the Christmas anniversary, returning the illusory harmony of an iconography of circumstance.