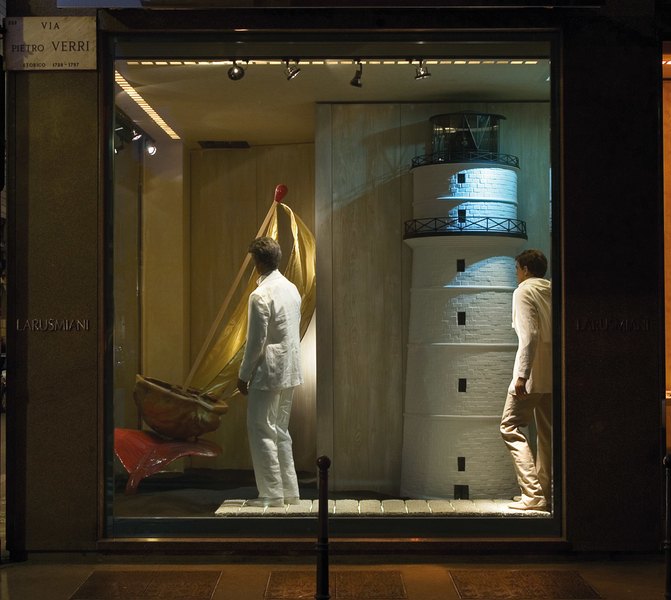 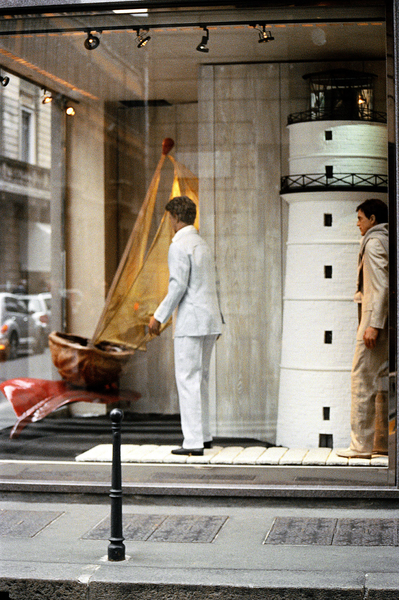 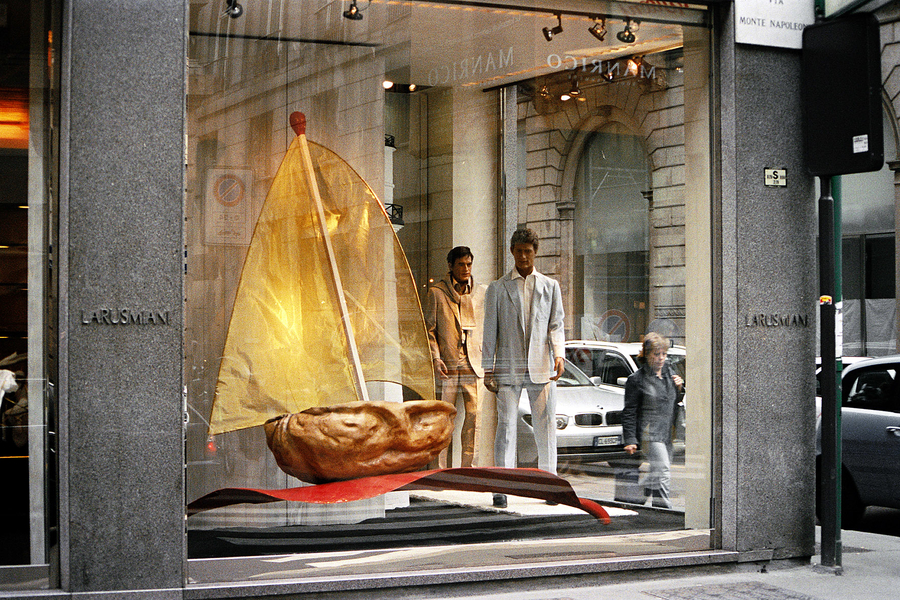 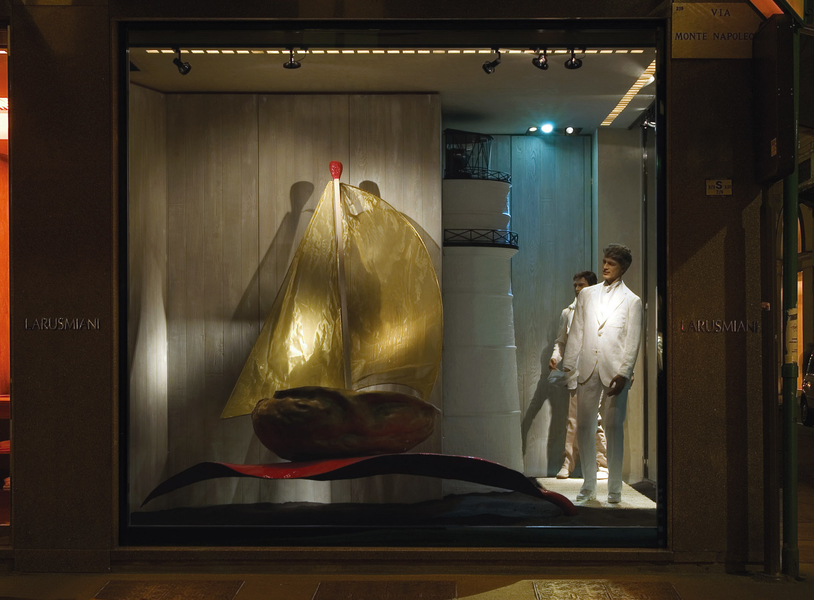 The title, once again, has a literary ancestry in a famous Virginia Woolf novel. But it is only an excuse.

In one of the showcases a large leaf suspended in various shades of red, in resinous material, which symbolically alludes to the sea; on it rests a half shell of walnut, obviously gigantographed, which acts as a hull for our primitive boat.

The mast of the boat is made of wood, faceted like a kitchen match with its red head on top. The sails are in golden-colored brass mesh.

The idea is to use poor materials (walnut shell, match …) to represent an idea of ​​a boat, an imaginary and poetic projection that alludes to both a game that can be built as children on the seashore, both to a primitic and mythological boat.

In the second display case there is a 2.50m lighthouse. tall, conical, white, in small bricks, reconstructed in all its perfectly miniaturized details, equipped with its rotating and intermittent light lamp. Next to it, a walkway of light grit and mother of pearl, which serves as a support and walkway for the two dummies.

The floor of both windows is covered with black volcanic sand, but with small fragments that add a touch of shine here and there. The function of the black of the floor is to bring out, by contrast, the light tones of the walkway, the lighthouse, and the red of the suspended leaf, as well as giving abstraction to the entire setting.

The backdrop is made up of clear pickled wood walls, which join with those of the remaining showcases.