The sky above Milan 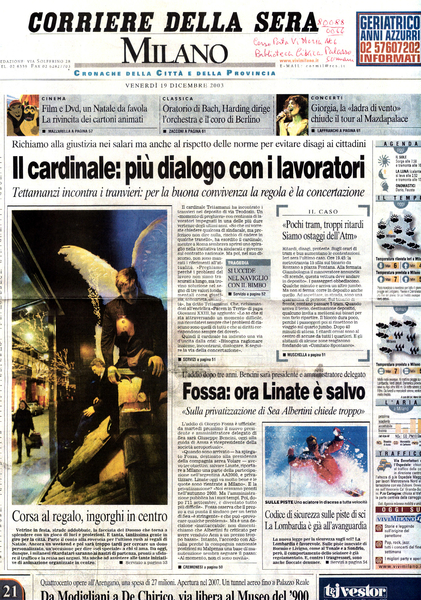 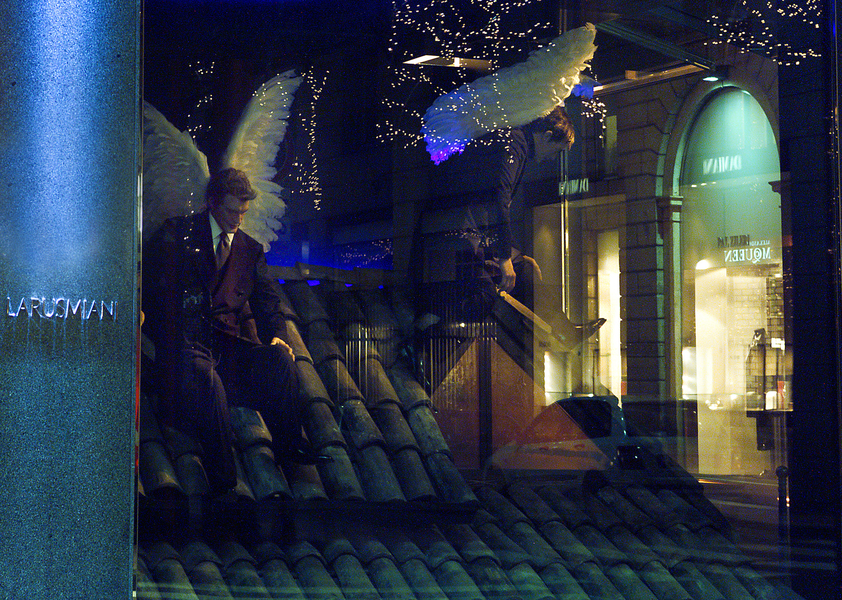 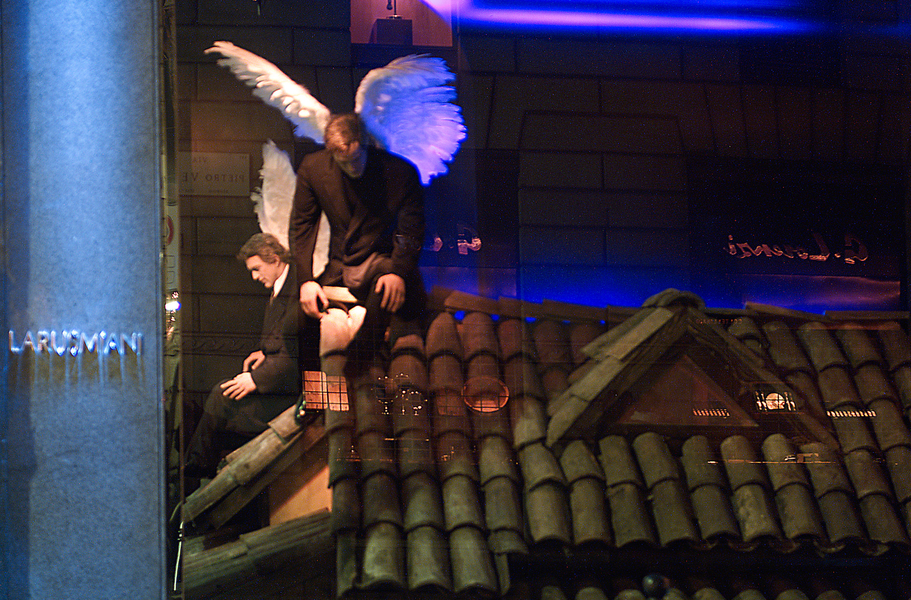 For Christmas 2003, having to prepare a thematic installation that shied away from commonplaces and the most well-known iconography, but which still returned the sense of a loved and expected recurrence, we resorted to the cinematographic memory, where the unforgettable memory of “The sky over Berlin” by Wim Wenders.

The happy idea of ​​”securing” the traditional religious identity of the angel, giving wings to some of his characters, the invention of figures capable of “listening to thoughts”, the profound melancholy and despair of a world in which estrangement and alienation prevail , the livid splendor of black and white, make that film a cult of contemporary cinematography.

The resumption of that theme in the window, placing it on the roofs of an imaginary Milan, constitutes a quote and a wish. The protection that traditionally the guardian angel dispenses extends in a recreated image, to an entire city.

For this installation, taking into account the limited space available, we chose the way of a realistic construction using material commonly used in construction: the roofs are real tiles, the windows are those of an authentic attic, the plaster that of a common facade of a house. The mannequins, whose real faces refer to the idea of ​​the humanity of angels, are equipped with specially made feather wings. In the light of an urban night, the men-angels keep watch to protect a housing nucleus that acts as a symbol for an entire community.