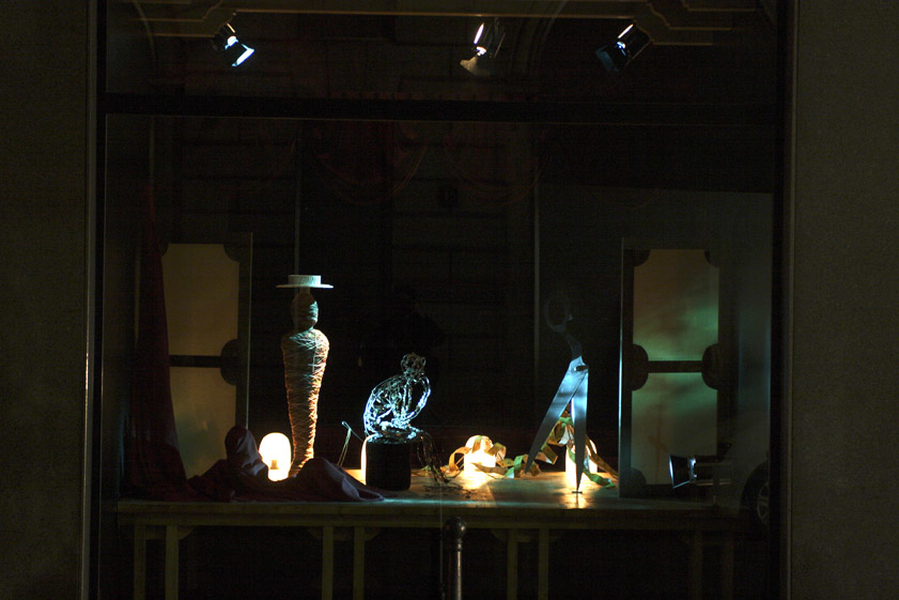 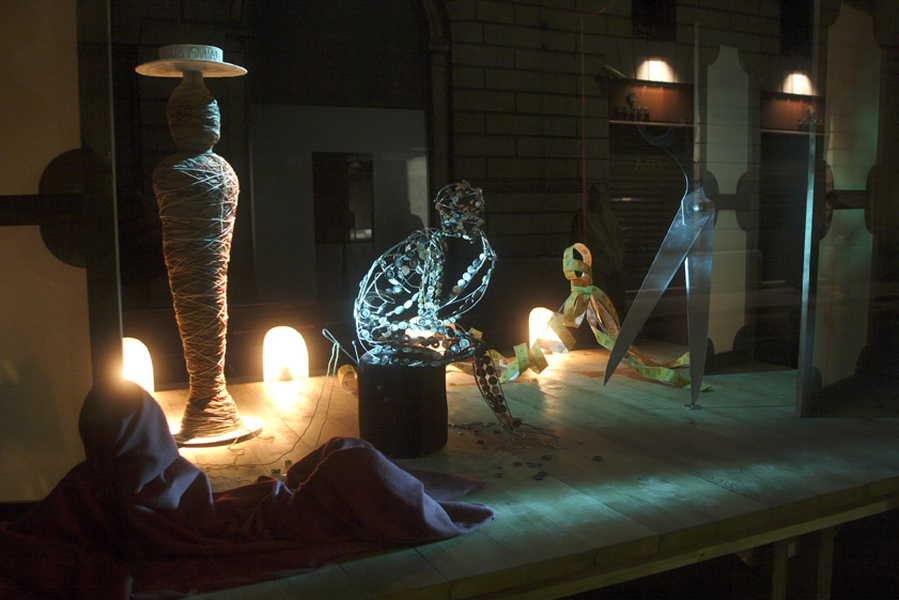 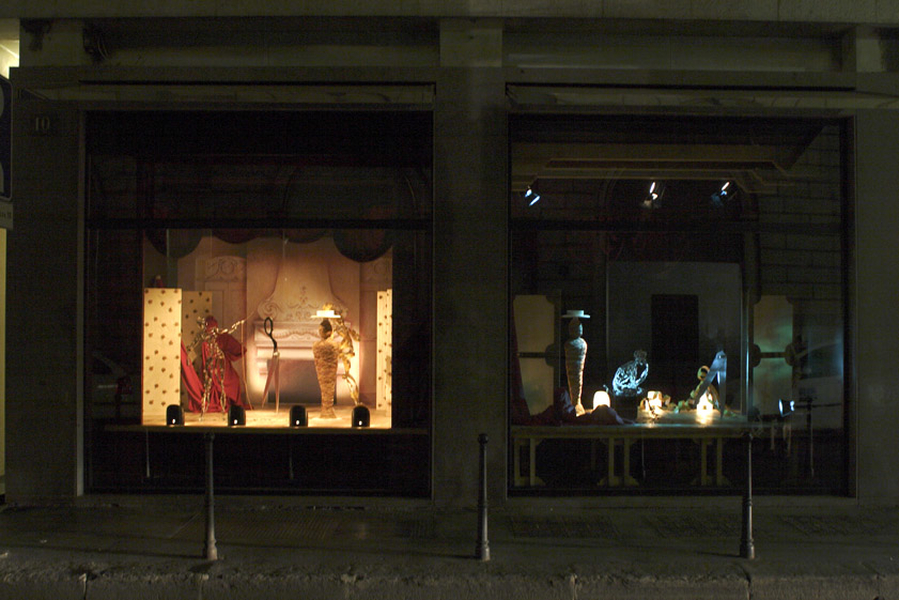 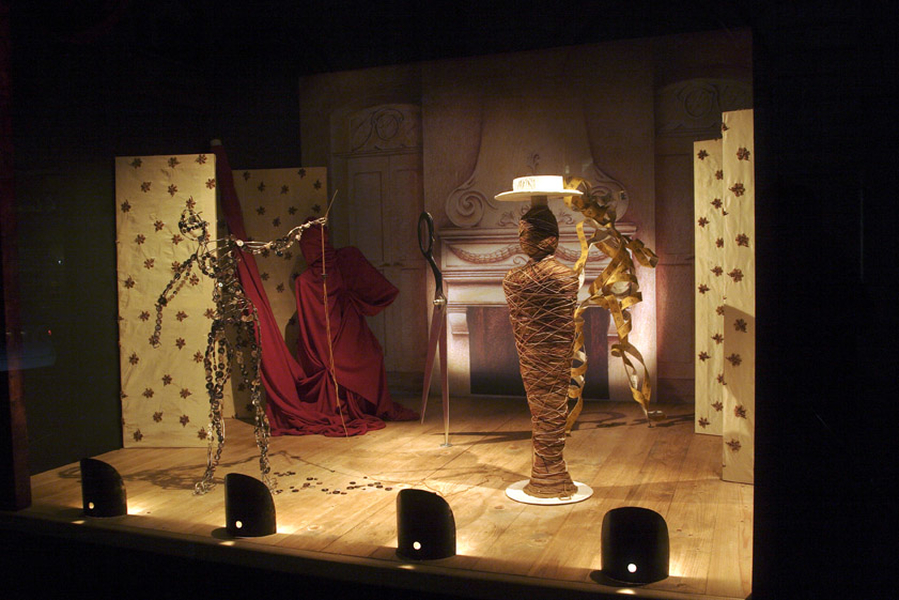 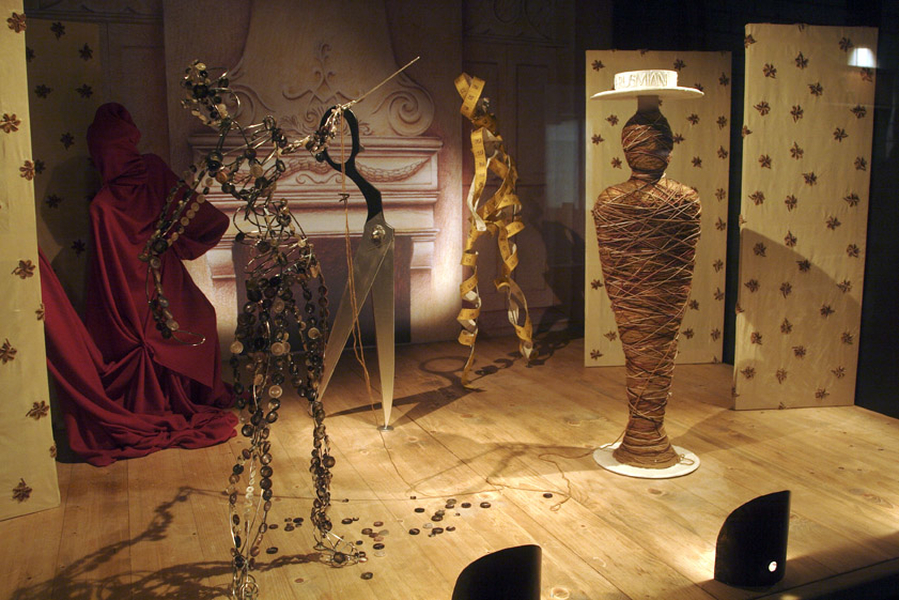 Still on the “made to measure” theme, other showcases available to the brand were used to amplify the sartorial theme. Two theaters have been built here to stage the theme of “made to measure”. On the first stage, which recalls childhood theaters, in a warm, golden light, the protagonists are the tailoring work tools: scissors, centimeter, buttons, spool of thread, fabric, in an anthropomorphized form. An imaginary performance seems to take place in a childhood theater, equipped with its painted backdrop, the wings, the velvet of the limelight and the curtain, the spotlights.

Next to it, in the second window, the game turns around. Here the night light captures the characters in a moment of rest during the tests. The point of view is no longer that of the spectator in the audience, but that of a visitor who, from the back of the stage, discovers and demystifies the play of theater. The scenes are reversed, the lights become “visible”, the backdrop is behind the beholder, and in the distance you can see the audience with its red velvet armchairs. The magic of the theater is revealed as in a game of mirrors. Hence the title that says the poster: “Double game”.