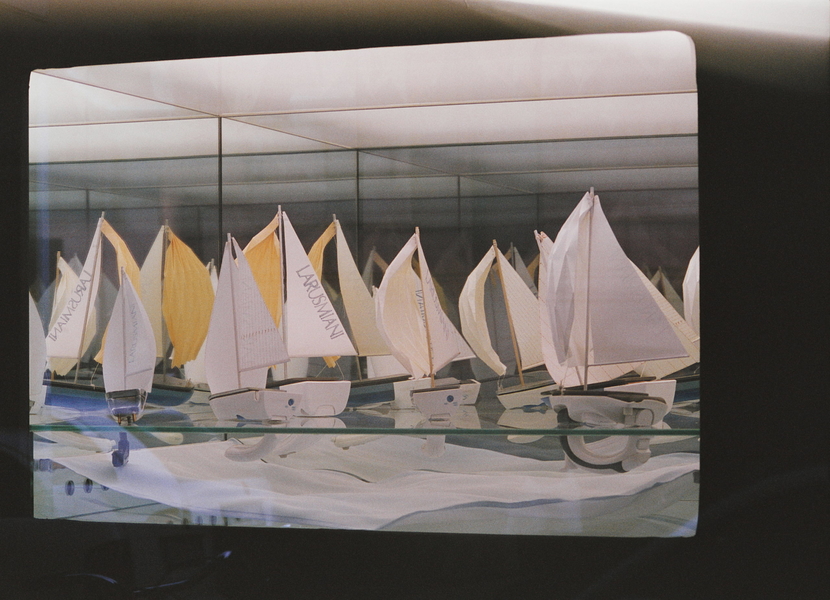 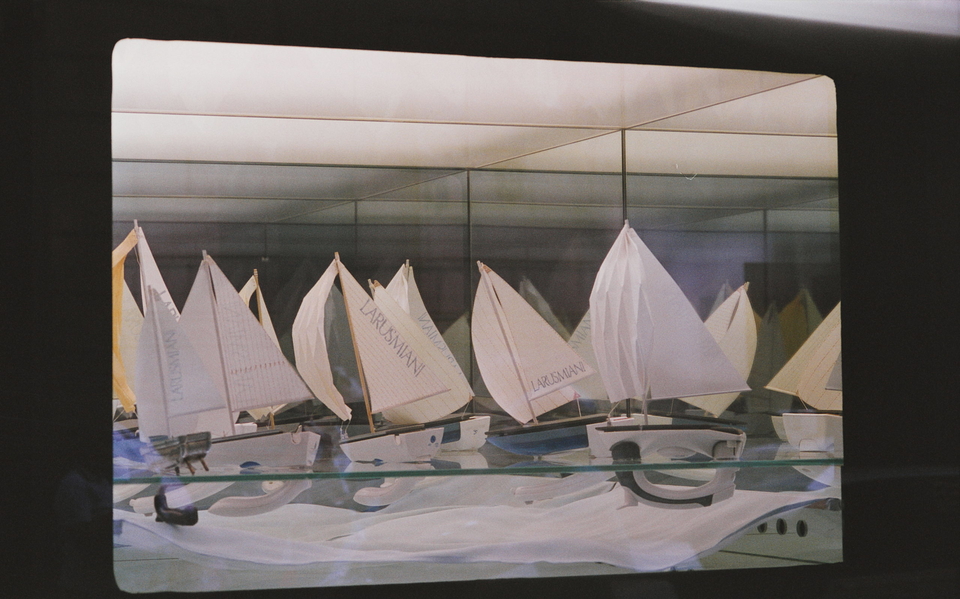 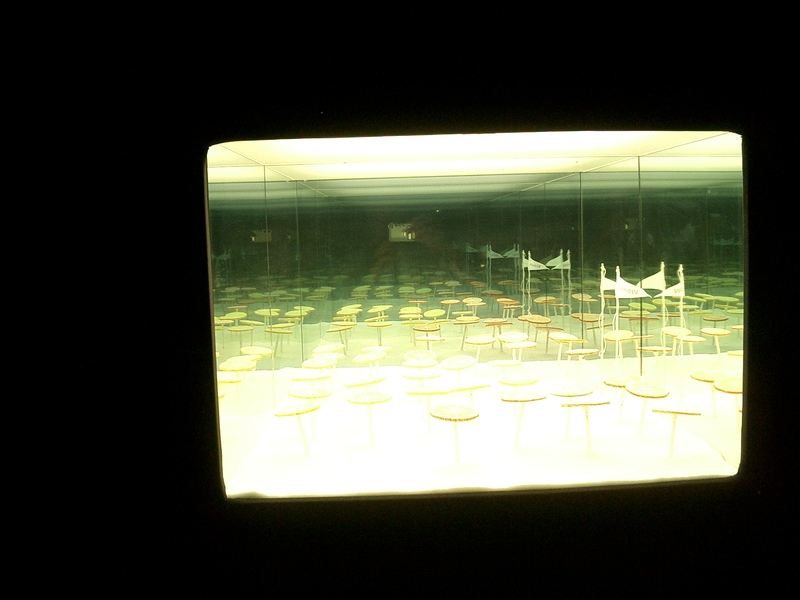 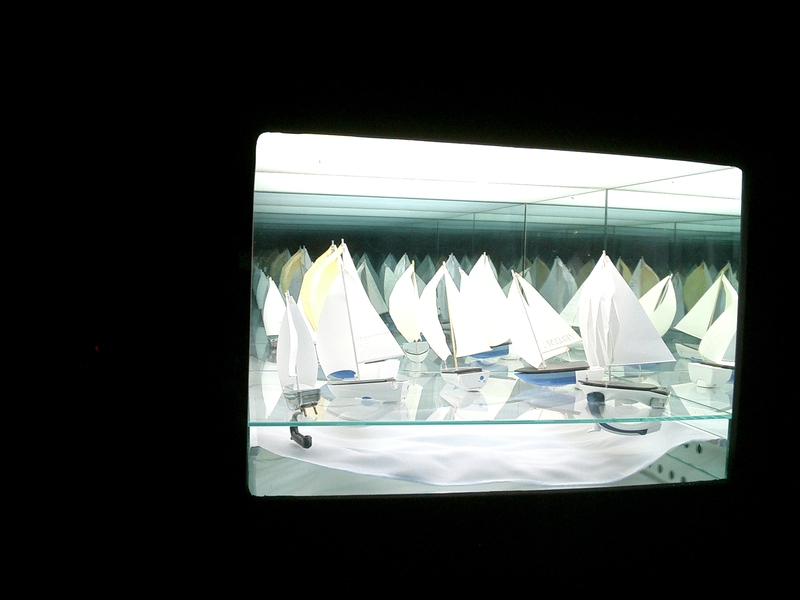 Two miniaturized marines are installed in the windows adjacent to the flagship store. It is a still life enclosed in two magic boxes that evokes the idea of ​​the sea and holidays.

But instead of a realistic and descriptive reproduction, the intent was to build a small game with a childish character. The boxes are mirror cubes that allow infinite refraction.

In the first of which, a small beach, where the salt acts as sand, some umbrellas are made with pastry ingredients: small sugar drums support slices of lemon and orange to compose umbrellas to shelter from the sun. An infant hand has written the brand logo on the sand as if to mark a territory and in a corner, towards the shore, on a flagpole stands a flag with the same sign to designate an imaginary bathhouse.

In the second box a small regatta is represented, but the boats are recreated starting from upturned irons to allude to a tailoring tool; the glaze is made of paper with different angles and folds. Here too, on the horizon, the brand is fairly legible on the sails.

The hulls rest on a crystal floor under which an invented sea moves, made of a silk that goes back to citing a sartorial material. The bottom of the sea is still a mirror that seals the installation and reflects its magic.

A particular study of optics and refraction gives rise to a multiplier effect that restores infinite depth of field to the two marinas and underlines their tender and playful character.