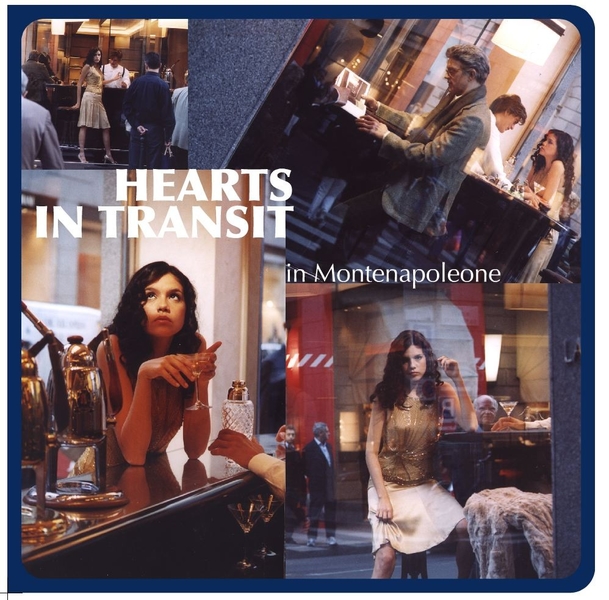 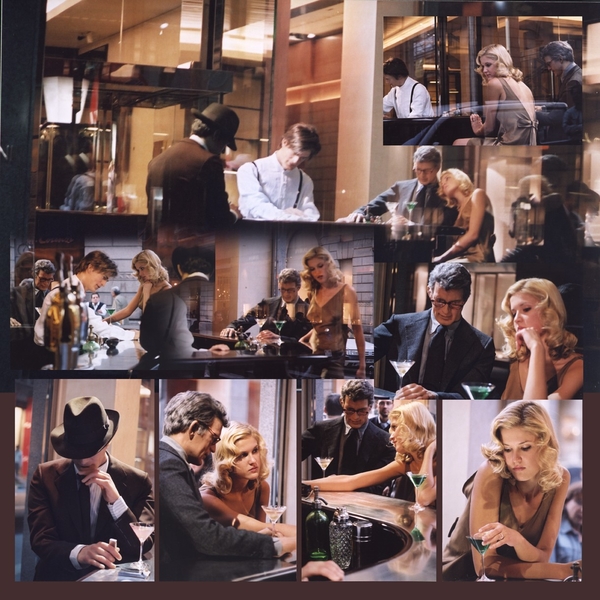 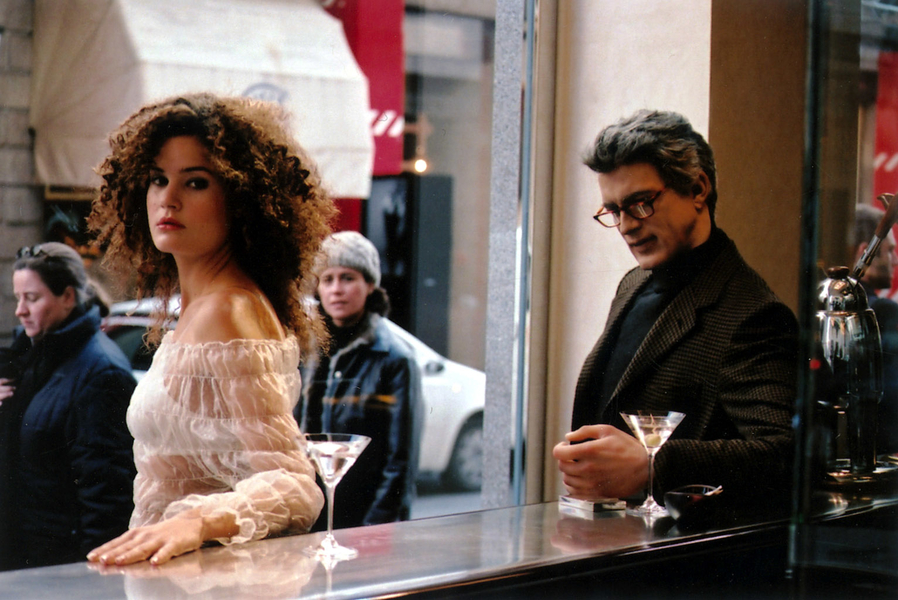 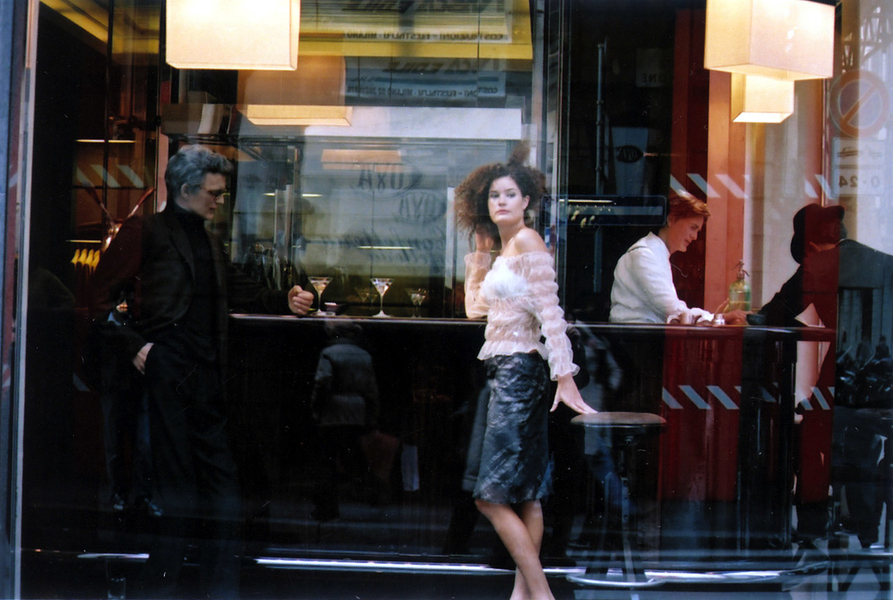 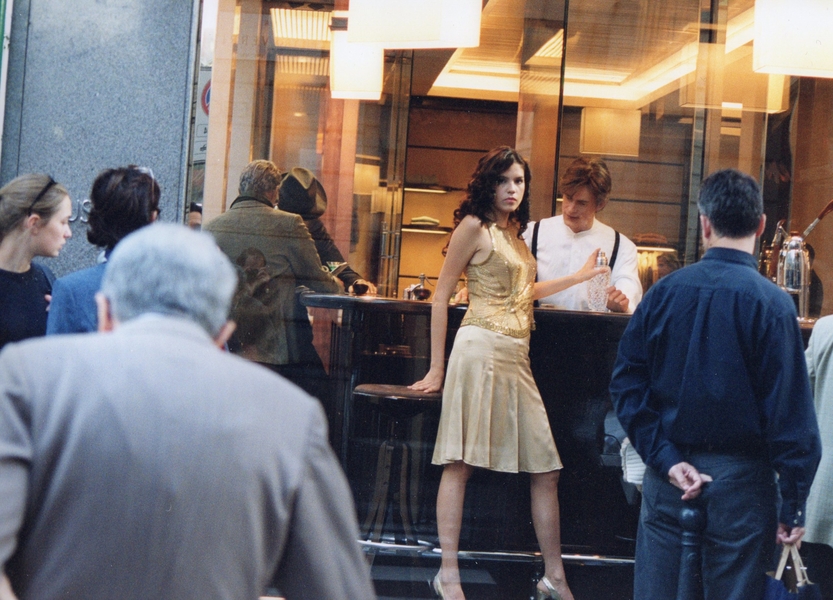 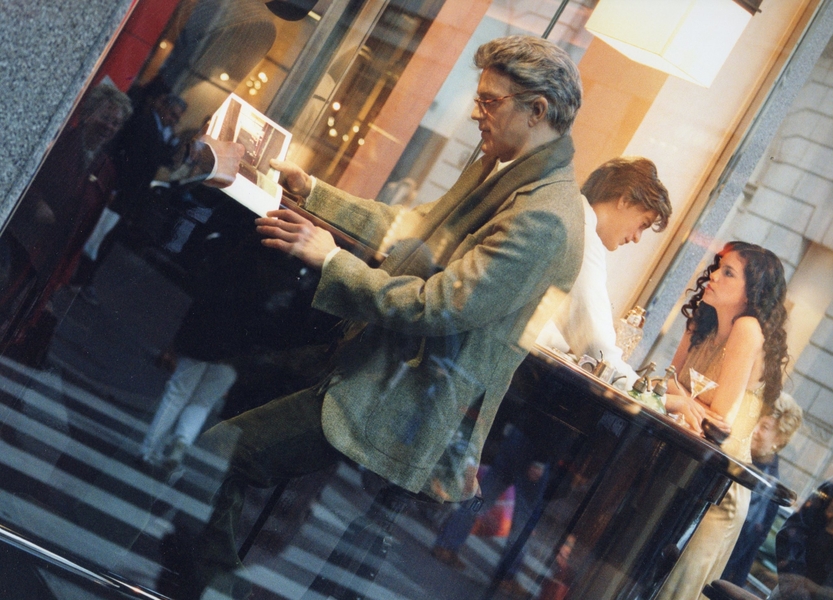 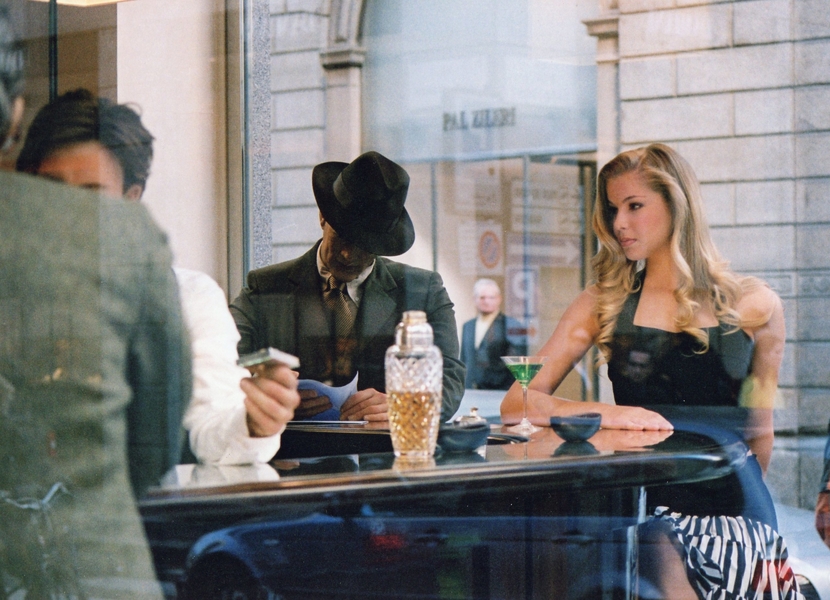 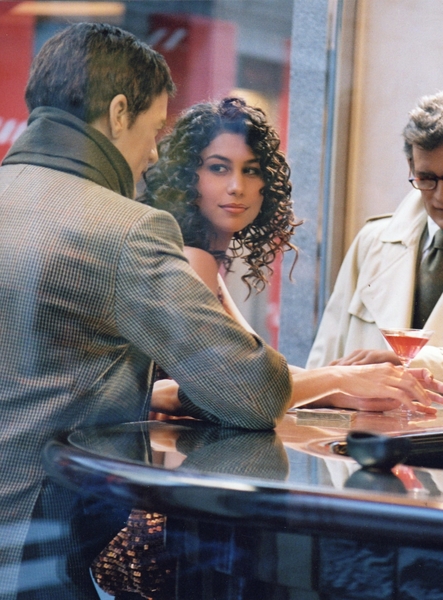 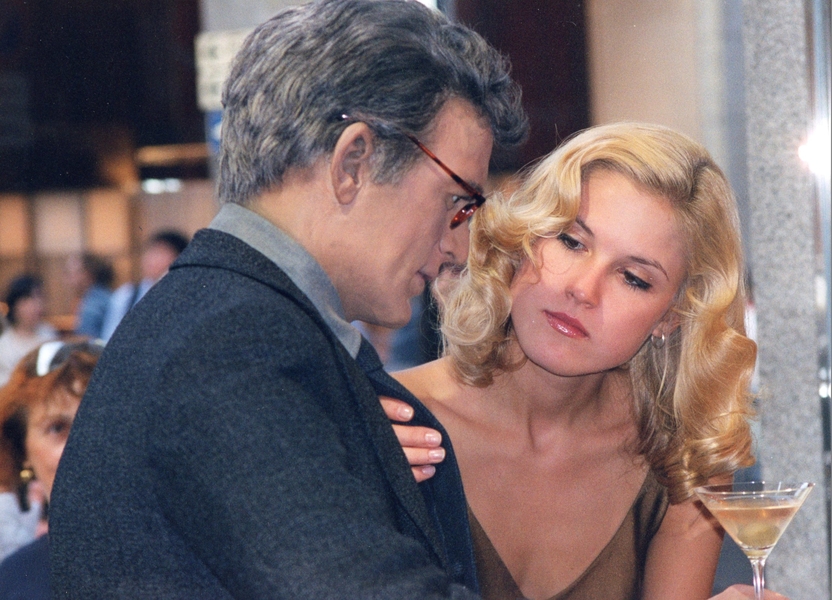 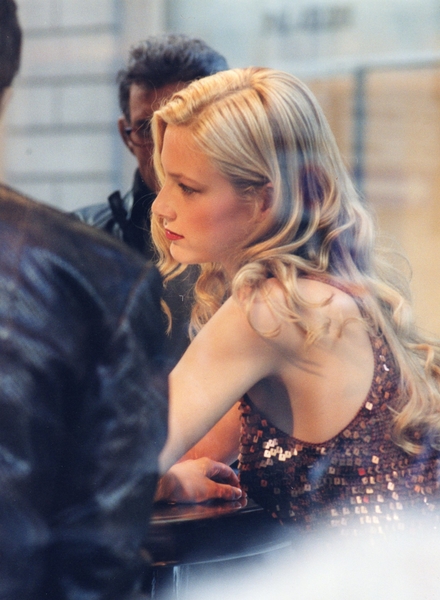 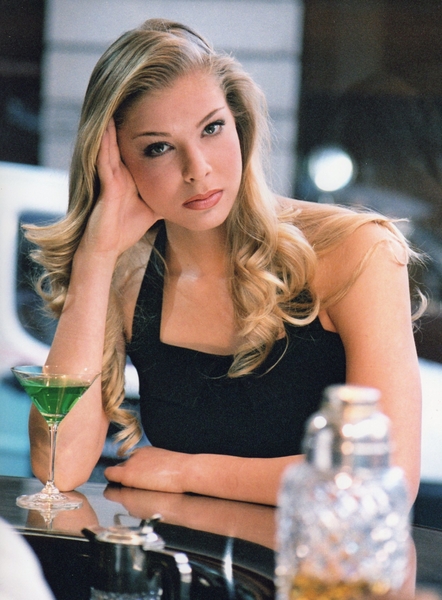 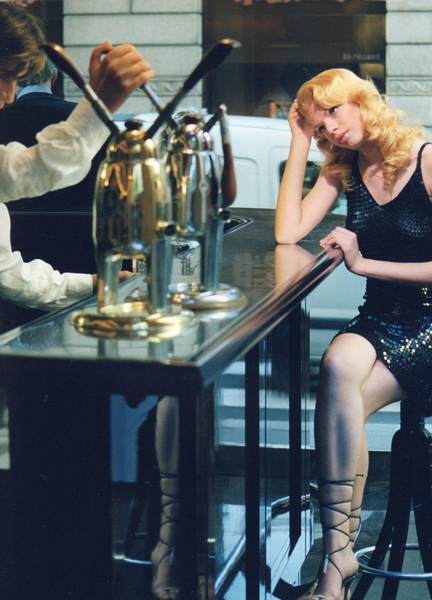 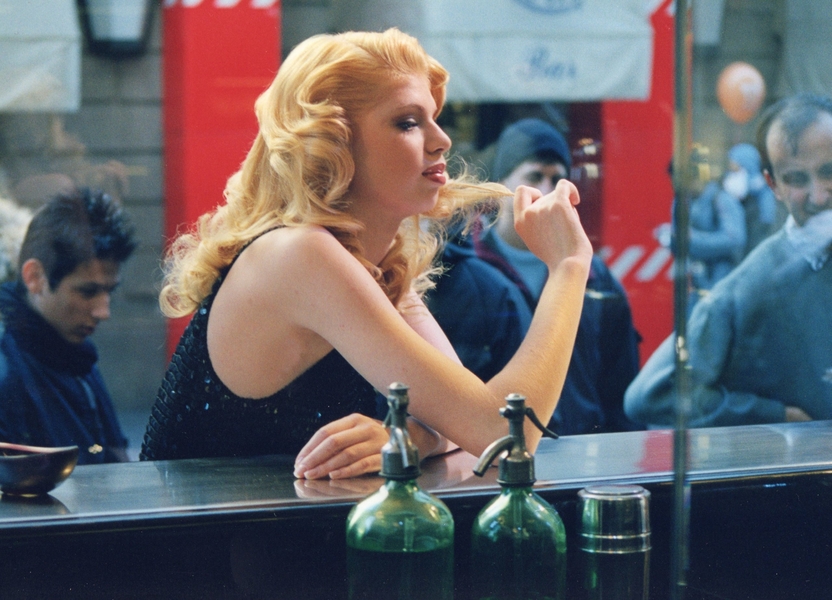 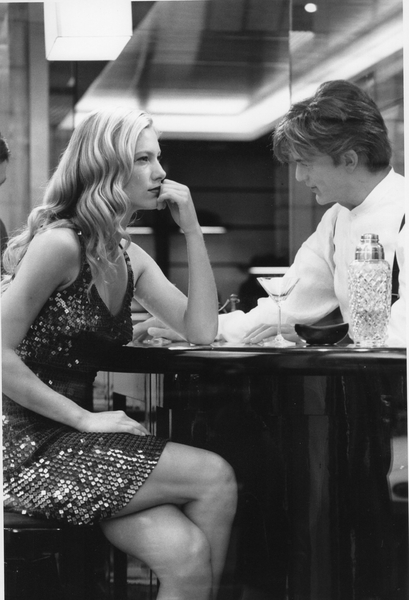 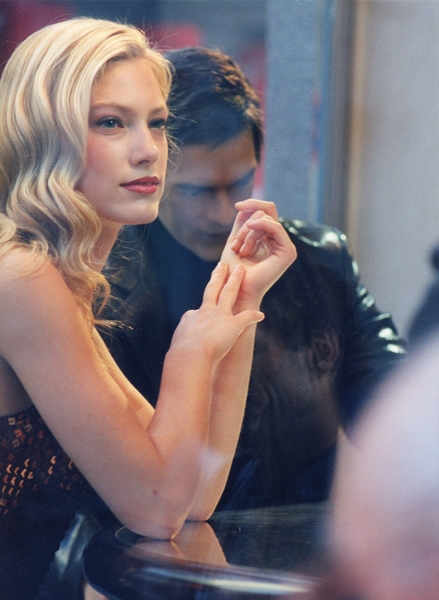 From the beginning, when renovating and enlarging the flagship store, it was clear that the intervention on the shop windows would be decisive. The classic style of clothing revisited with contemporary taste suggested a way of communicating the product to potential customers in an unconventional form. The display supports that the market offered were wrong in debasing the quality and workmanship of our garments, preventing them from enhancing their sartorial quality. Not only that, the tradition that linked the brand to supporting experiences of certain artistic events, required an inventive and talented effort that was also reflected in the display destined for the shop windows.

The basic orientation was to stick to pure forms, which made lightness and almost geometric linearity a characterizing element.

The particular conformation of the flagsip store with an angular space where an original and spectacular crystal lift floats, offered a natural stage that invited more courageous installations.

For this reason, the most difficult challenge was another: in place of conventional rigid, impersonal and anonymous mannequins, articulated mannequins were put in place, perfectly articulated in all their parts, endowed with a natural stability that did not require any unsightly support to maintain them in an upright position. For the face and hands they resorted to casts of human models, accompanied by hair and eyeballs which had the advantage of continuing by deepening this same way of research to customize the dummies, with their specific identity.

The overall outcome was deemed satisfactory also with regard to the wearability of the garments which thus took on the air and flavor of life lived.

Here, referring explicitly to a well-known 1942 painting by Edward Hopper “Nighthawks” (“The Night Owls”), preserved at The Art Institute of Chicago, the path was chosen of a free quote, affectionate and ironic, with the result of representing in theatrical way a real “tranche de vie”. The addition of a living female figure allowed that game between reality and fiction, between “true” and “false”, which is the conceptual figure of the entire operation. The living model, properly educated, interrupts her studied fixity from time to time, with minute movements and expressive changes that sometimes demystify the game between nature and artifice, without however disturbing Hopper’s “poetry of silence”. Theatrical style lighting helps to “engrave” the figures in a sort of “time out of time”, to fix the reality of the scene in the ways of abstraction.

The goal is to fix a minute fragment of life / artifice, almost a frame of an imaginary film.