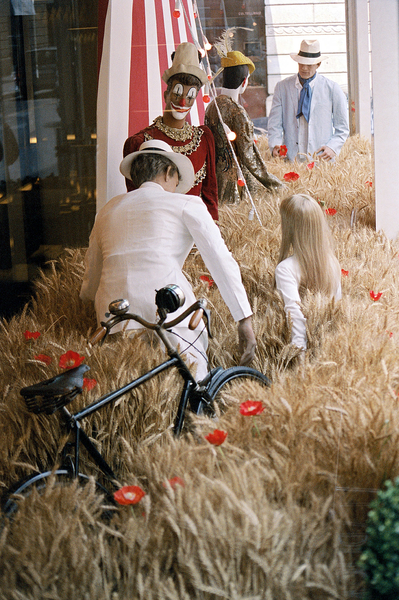 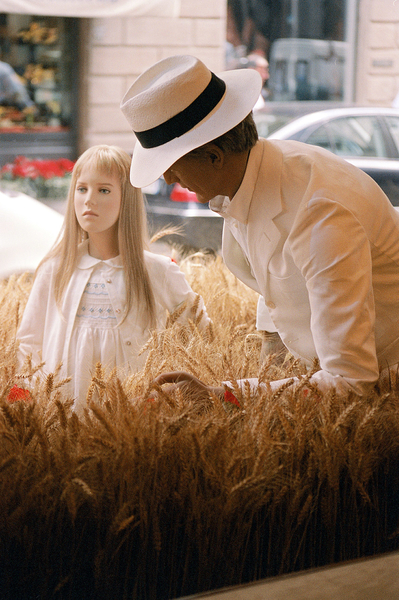 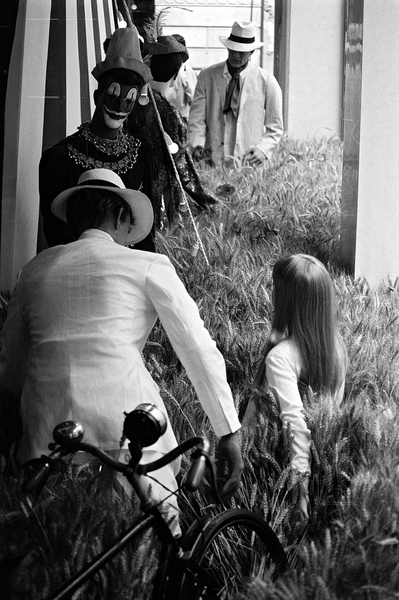 The composition tells here, as in a stop-image, a short fragment of an afternoon in the countryside.

It is a field of ripe wheat, where the circus performers have raised their characteristic tent with white and red stripes, profiled by colored bulbs. Two clowns await the audience for the usual show, where the magic of a poor and magical art will be renewed.

Vacationers, gentlemen of the country approach from various directions, walking with difficulty between the ears already ready for harvest. One of them leads a little girl by the hand who is about to experience the enchantment of the show for the first time.
Under their immaculate “panama”, they wear elegant but informal clothing that gives the scene the sign of a deeply lived understatement, foreign to any wishful exhibitionism, to any pathetic desire to “be fashionable”.

The fragment depicts the time of a small holiday, far from crowded beaches or fashionable locations, as it could have been used once, when the countryside was still the destination of a holiday that characterized a lifestyle.

Some elements of the installation also report a backdating: the precious costumes of the white clowns at the beginning of the century, the two bicycles (a French Giromelle from 1920 and a second, still French from the 1930s with carbide lighting), the same “poor” lights that frame the tent, the “panama” of the holiday makers.

While not resorting to direct pictorial or cinematographic inspiration, the style of the scene may recall a certain impressionist painting or claim some ancestry in the cinema of “magical realism”. But revisited with sweetness and regret and memory.